Photographic documentations and diary writings from an iran trip in summer 2017 show a country different to the one, which we are presented by the western media. Invisible from the outside exists a multiple identity of the youth. Islamic traditions, the political ideology, mass poverty and the western influence create a disoriented generation. 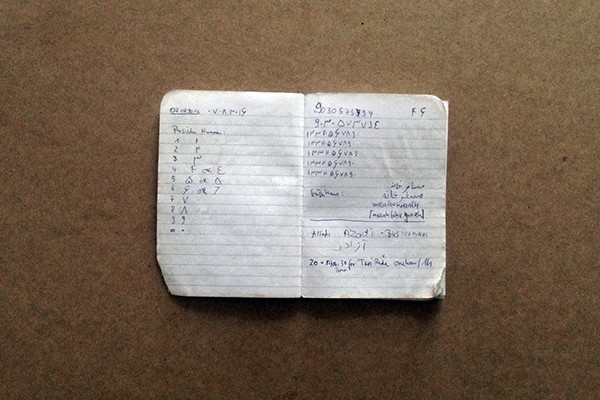 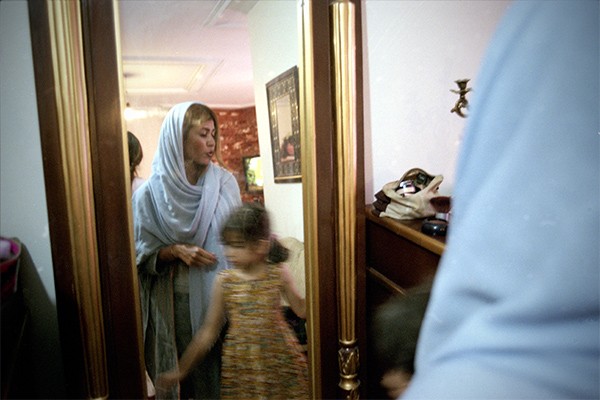 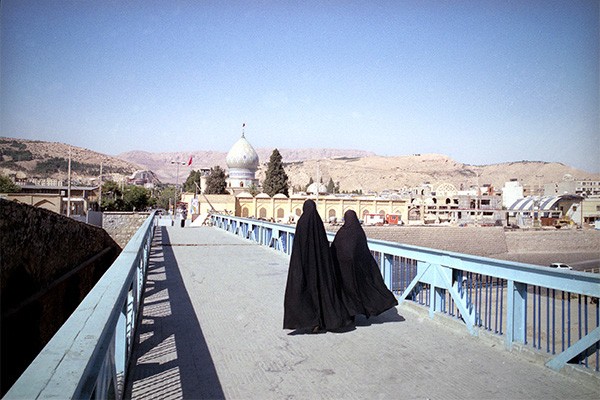 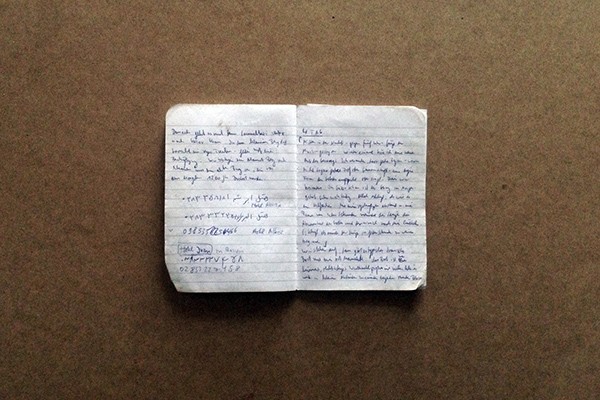 [...] I enter the plane. I look around. Am I in the right plane? No woman is veiled. I check my ticket. It says Tehran. I sit down. Next to me a young Iranian. She has beautiful long blond hair and dark brown eyes. Her name is Hayedeh. We talk briefly and exchange contacts. After I fall asleep. When I wake up, we are about to land. Heavy wind makes the plane shake. Hayedeh opens her bag. She pulls out a scarf. Then she covers her head and neck. The plane comes closer to land. Wheels have contact with the ground. Heavy brakes. Hayedeh takes out two sock-like material parts and pulls them over her arms. Her movements look somehow anxious. Now she is veiled. No blonde hairs visible anymore. No more skin then her face I can see. The plane stands all still now. Then Hayedeh says: "Before the flight I'm a different person as from the moment I exit the plane in Iran." We get up. I look around. Now I know, I was in the right plane: Every woman is veiled.[...] 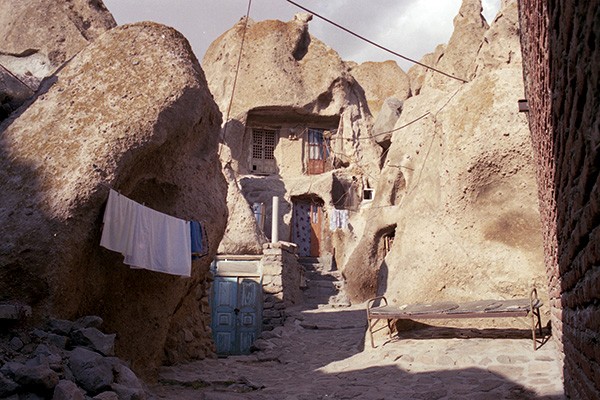 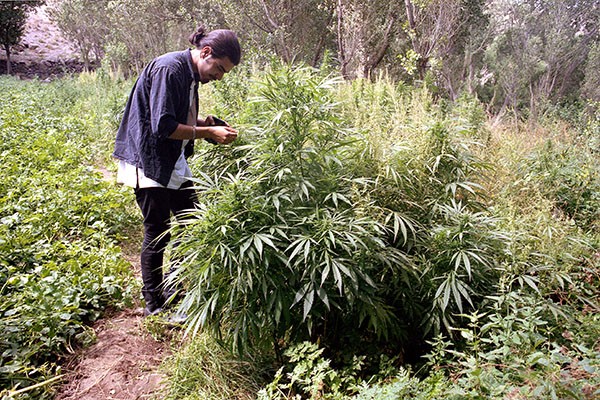 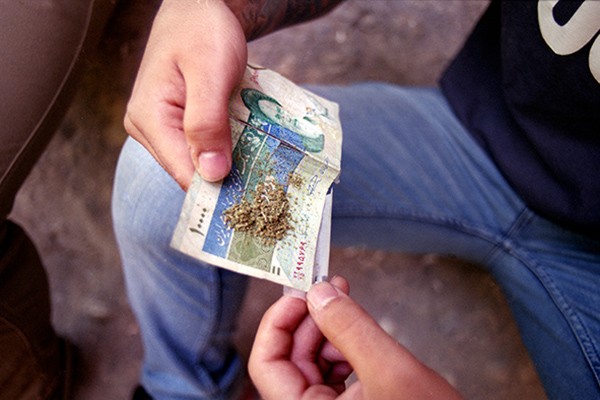 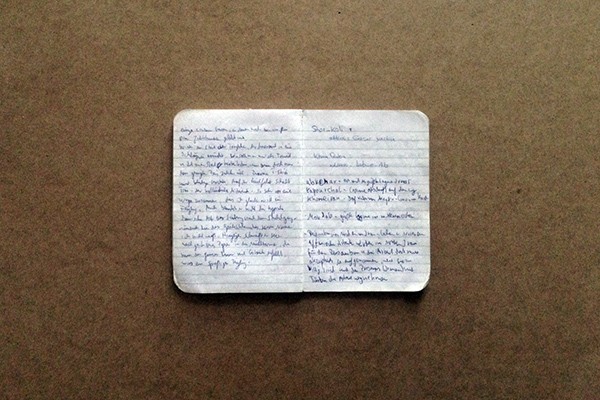 [...] We settle down in a valley near a river. Fresh meat is put on skewers. Wood is collected, crushed and stacked on a place. Stones around it. Kaveh pours Arak in everyones plastic cup. The wood begins to crackle on. Smoke rises. We drink and start to dance around the fire pit. Again fresh Arak in plastic cups. Then from dancing we start jumping into the rapids of the river. Movements of the group in the water and funny sounds as stone age people would do. I lose control and float to the shore. Not far away are a few magnificent cannabis plants. Some of them are over six feet tall. Kaveh and his friends have planted there secretly. Later we are lying on our backs, getting dry by the sun. A joint is passed around. Silence. We are observing the clouds. Then Kaveh about traveling: "I would love to travel around - getting away from this place. But I cannot travel! I should work five years minimum in order to cover the expenses - also my family needs me here." Again silence. Then the wind carries over the delicious aroma of the grilled meat. We begin to eat in circle sitting on the ground. [...] 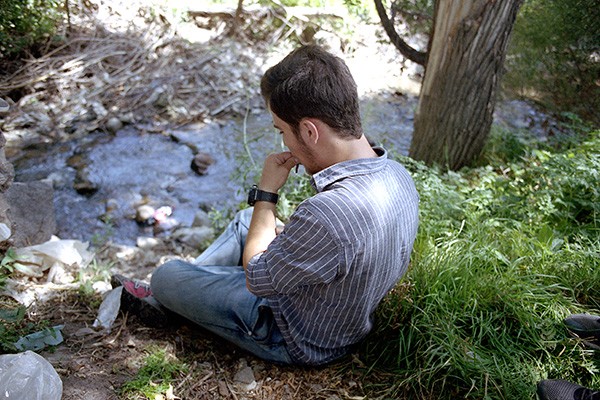 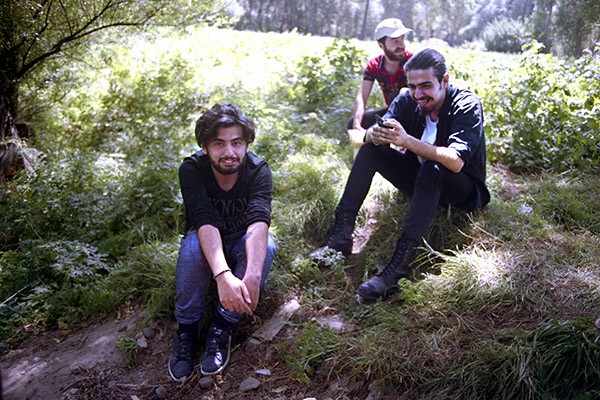 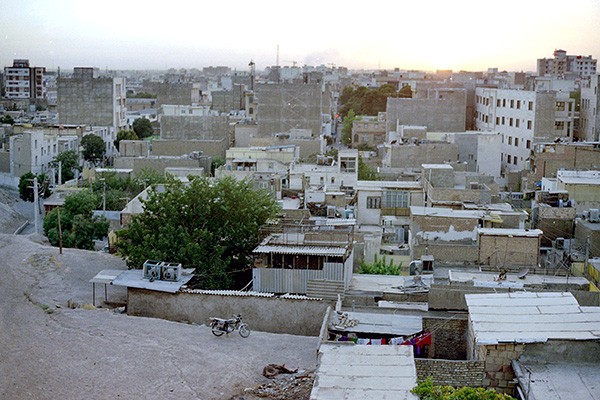 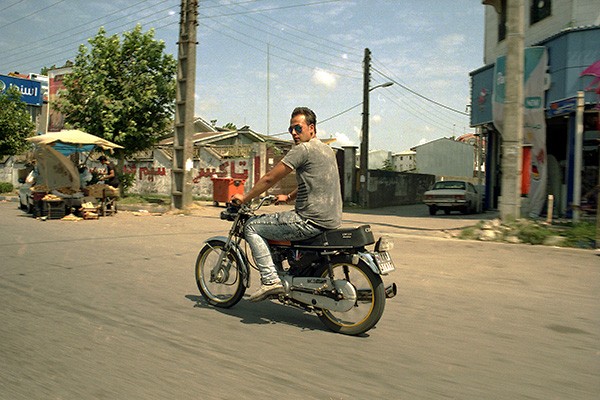 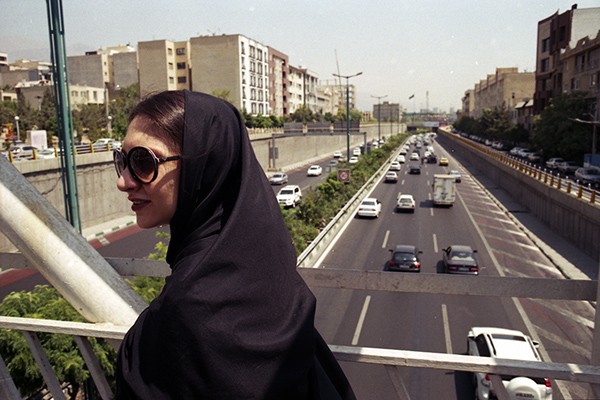 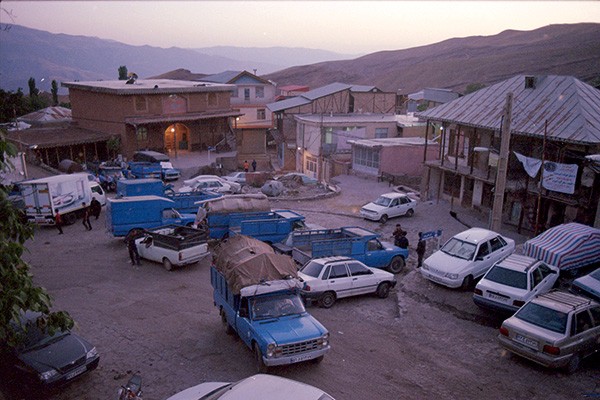 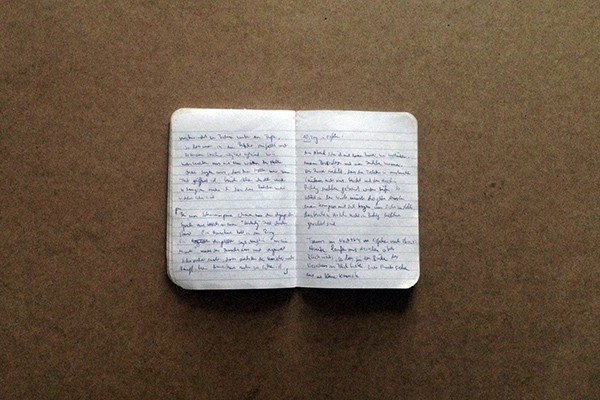 [...] Daytrip to Gazor Khan. After breakfast in Rasjt we start. The plan: hiking around the Alamut mountain. I am with Reza, Kaveh and a Dutchman. Not far from the village, the path begins to become steeper. Even here you find the typical signs of the idealogy: plates with the proud faces from fallen soldiers of the iran-iraq-war. Kaveh tells me: when the iranians were trying to to reconquer there mined terrority in the west, they would first send donkeys out. But as soon the mines exploded all the other donkeys would run away out of fear. In the next step to get back the land, the regime send out child soldiers. With a white key around their necks and the promise the key will open the door to the paradies, tousands of kids have been send out. 500.000 of these keys got imported from taiwan to hand over the human canon fodder. "They went over minefields. Their eyes did not see anything, her ears did not hear. And a few moments later, dust clouds were seen. When the dust had settled again, nothing was left of them. They were probably in paradise already [...] 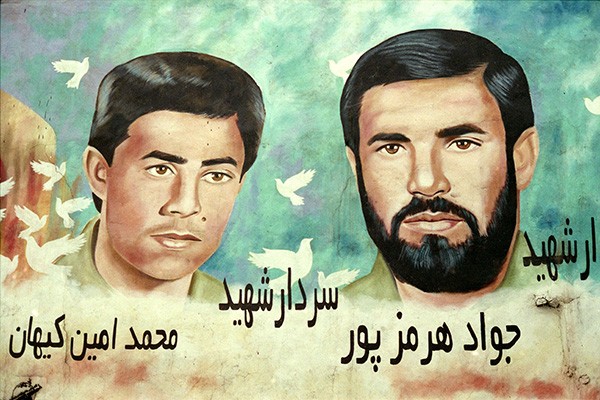 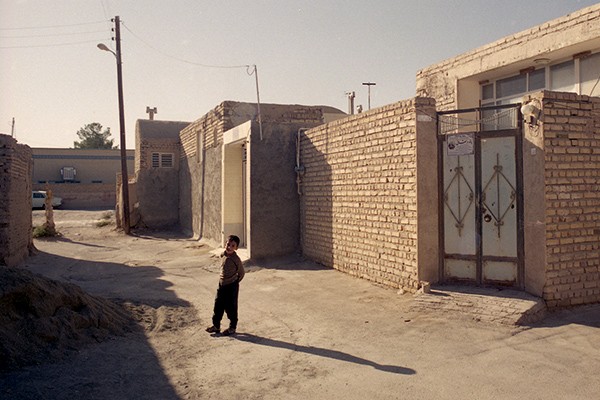 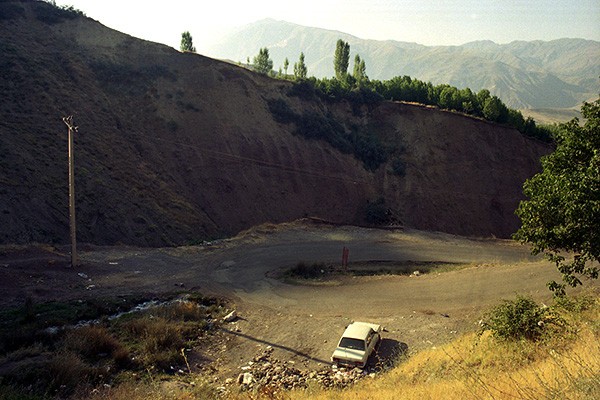 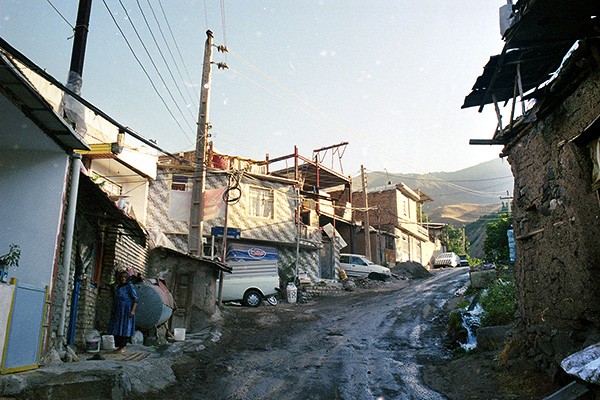 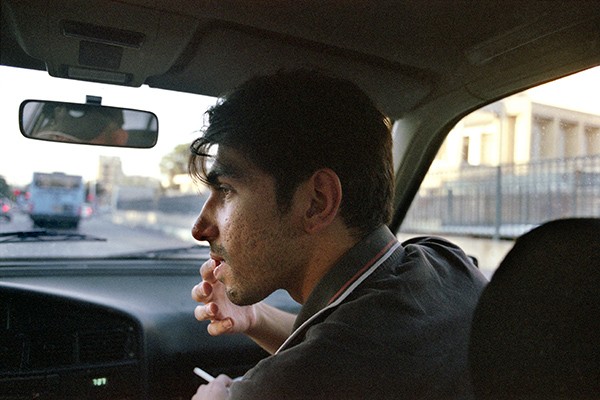 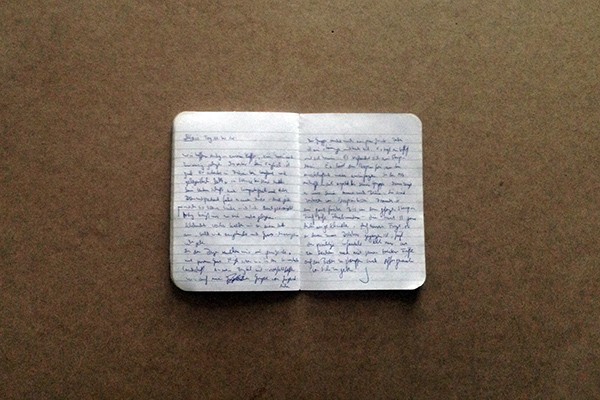 [...] Again Arak. And again in the car. The wheels roll towards the Caspian Sea. I am with Kaveh, Yasaman and Mohammad. It's night , but still hot as hell. Loud rock music is playing in the radio. A conversation with Yasaman about Iran : "I love my country - the people, the nature , the culture and of course the food. But I just don´t feel free here. I don't want to be dictated how to live and whom I should love." Yasaman is looking outside the window, observing the streets. Silence. Then she removes her veile. She gets up on the seats. Now her head is outside of the sunroof. Passing cars. A strong whistling draft. Flashes of lights from the cars passing by. Followed by cries of Yasaman addressed to oncoming cars: "Fuck you , fuck you and fuck you!" At the Caspian Sea, we all leave our clothes back on the beach. Swimming movements in the depths of darkness. Soon no more light can be discerned . We lie on our backs and gaze at the stars. Silence. The body feels so light in the salty water. On the horizon little lights of some ships. Back in town we eat ice cream. Despite its bright red color it is not sweet but salty-and sour. [...] 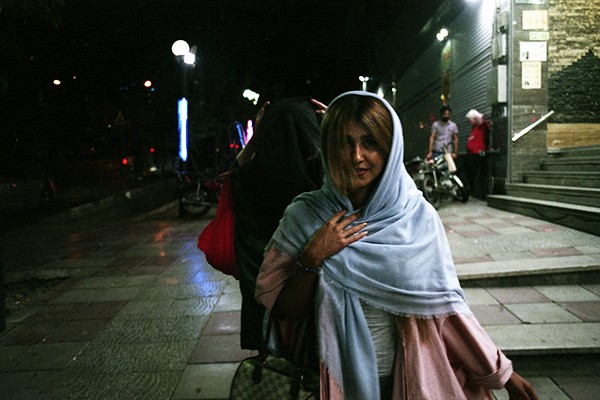 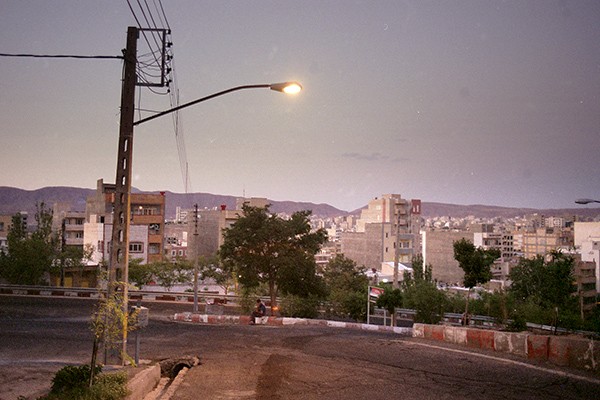 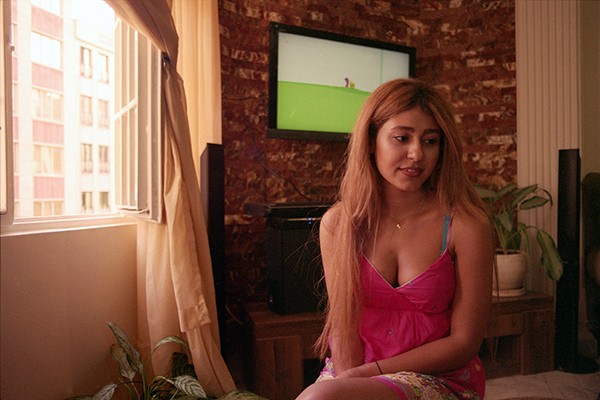 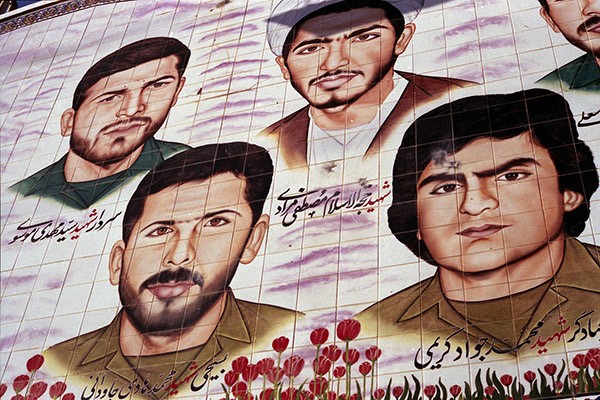 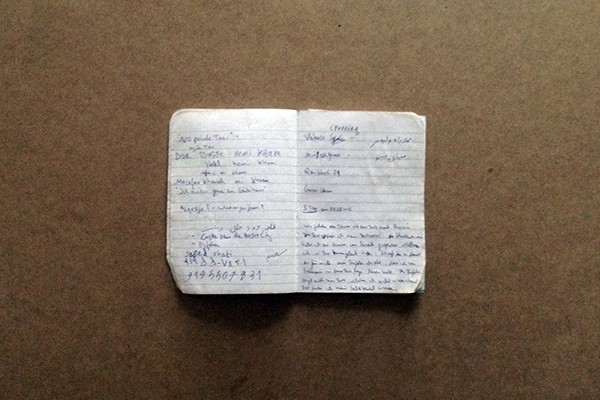 [...] After dinner we want to smoke. But no one has a lighter. A car is passing by. A glowing cigarette gets thrown out. Kaveh picks up the cigarette and lights up his own. Now we are smoking chain. [...]